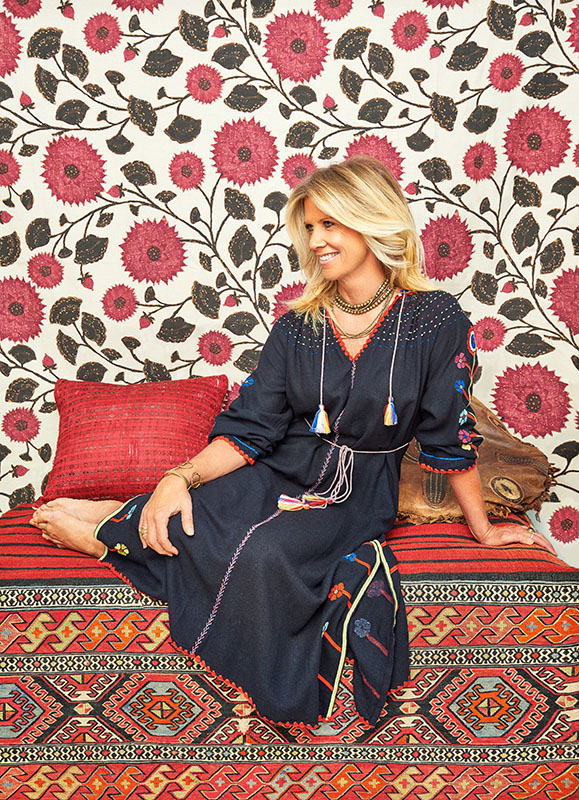 Los Angeles-based designer, Schuyler Samperton, grew up in Washington, DC the daughter of an award-winning architect, and later studied art history and decorative arts at Trinity College, NYU and Parsons School of Design. Schuyler is best known for her modern-classic style — an imaginative blend of color, pattern and texture combined with low-key and elegant pieces. Schuyler's fresh enthusiasm brings a youthful, West coast flair to every project. She specializes in residential and boutique commercial projects and has designed homes both domestically and abroad.

In 2017, Schuyler launched her eponymous textile collection - a line of printed linens currently sold in thirteen showrooms worldwide. “I’ve been passionate about textiles for as long as I can remember, so having my own collection is a dream come true," says Samperton. Her fabric designs are inspired by everything from centuries-old textile documents to the vibrant Indian patterns found in her mother’s scarves and table linens. "Fresh unexpected color combinations always draw me in. Saturated and unusual are my guiding principles, but the collection is tightly curated too,” Schuyler adds. “Every shade and pattern has a friend in the line.”

Vogue Living showcased her as one of "Today’s Tastemakers" in its inaugural issue and House Beautiful listed her among America's Top Young Designers. Schuyler’s work has also been featured in Vogue, Architectural Digest, Elle Decor, House Beautiful, Domino, Luxe, C Magazine, the Los Angeles Times, W and InStyle, among other publications.